Have any of you flown to Gastons in Arkansas, is it ok to fly a Cirrus SR22 in there?
Thanks

I have not personally been there but my CFI and a couple other cirrus owners I know have flown there in a cirrus and said it was no issue on a nice day. Was also told it is kind if a one way in and one way out type of runway.

Have any of you flown to Gastons in Arkansas, is it ok to fly a Cirrus SR22 in there?
Thanks

I actually walked the strip 6 weeks ago or so. I had planned to land there in my taildragger on big tires but decided against it due to recent rains. I wouldn’t have had an issue, but didn’t want to mess up their strip.

I would probably take an SR22 in there if it was very dry.

It’s a cool place. There is a paved airport (BPK) not too far away if Gastons is wet.

Gaston’s is one of my favorite places to go. Not sure I would go without someone who has landed (and taken off) there before. The runway is somewhat hidden on the downwind and (if the runway approach is the same) it looks like your landing between two narrowly spaced trees.

Its a long grass runway though, and you take off in the opposite direction of landing. It’s no big deal once you’ve done it.

Al Waterloo brought me there when he was still instructing and it’s still one of my favorite destinations… The restaurant is pretty good and even the rooms are basic but a fun place to stay,

Heres a photo of it that day. 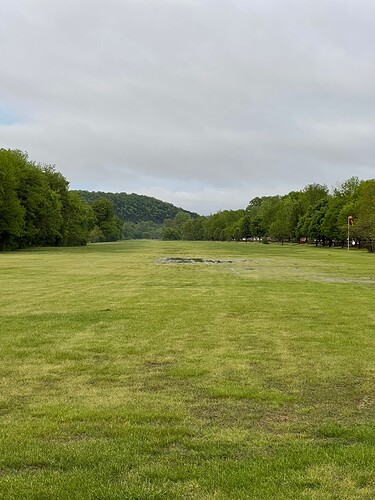 You might be able to call the White River resort for runway conditions but I’m not sure. Looks like it was pretty wet when Ross was there and obviously that’s a no go

It hasn’t rained here in a week and has been high 90s all week. I’m sure it’s dry at this point. I grew up just east of the White River and now live in central Arkansas but have never walked the strip or flown in there. Have had lots of friends in and out in taildraggers but no SRs of which I’m aware.

61AR is just downstream from Gaston’s and paved. It’s private, but I can get you in there if you want something easier. A friend has a great spot in the air park and on the river if you need a place to crash. BPK is also very close as Ross said, and the resort will pick you up.

Cool man Thank you so much!

That is cool that you got to fly with Al Waterloo I love his YouTube channel.

Yes, I flew there with my SR22 G6. It worked great. taking off on a hot day was just not very comfortable with a treeline in front of you but we cleared it pretty easy. Not sure how much closer it would be if we were gross weight.

Not sure how much closer it would be if we were gross weight.

I really want to go it there. I think I will be sure to arrive below tabs!